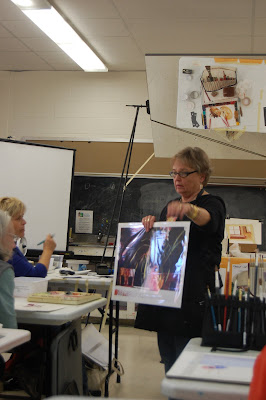 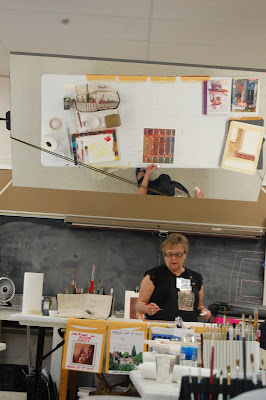 Last week was the Baltimore Water Color Society workshop with guest Judy Morris. The week went by unbelievably fast...my head is still trying to take it all in. I need to take better notes but then I miss things when I do that. I can't be a good note taker and observe at the same time.
Judy is known for beautiful textures in her paintings and we were privy some of her "secrets" which aren't really secrets at all. Most everyone has tried salt on their paintings at some point but Judy maintains that the paint must be wet and not shiny when you apply the salt. This really is the key. She also used Morton Kosher salt which she says makes a difference as well; the grains being somewhat flaky. 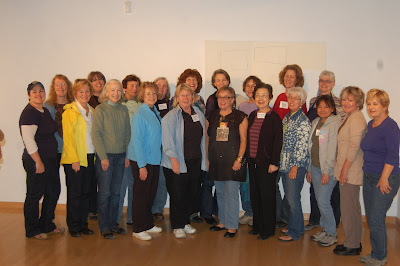 She also when asked, reveled the jury procedure for the AWS show. In a nut shell : The entrees are grouped by signature members, sustaining associate members, non-members and students. Four signature members, the AWS president and a guest juror do a run through of all the slides submitted, then look at each one individually. With a control devise in hand (think Jeopardy), each juror voted "yes" with a push of the button or "no" by doing nothing. They had about six seconds on each painting to decide ! Of the six votes, four to six votes meant admission to the show, three was a "maybe" and got another look, anything less meant, well, try again next year. 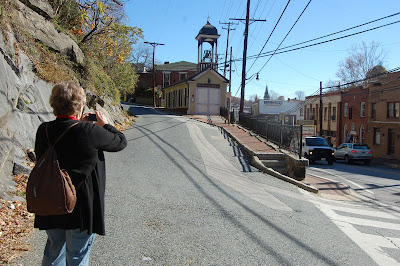 Poor Judy. She was unimpressed or negatively impressed by our endless freeways and traffic. I really wished she had been here at least one more day to see all that the area has to offer. We did hit some great restaurants each night and sampled various wines ! And had a couple hours to tour Ellicott City's historical district on the way to the airport. But there was not nearly enough time to discuss or show her all we wanted. You'll just have to come back, Judy. :)

Link
Posted by Janet Belich at 9:31 AM 2 comments: